Provident’s Scheme of Arrangement is now in operation.

It started officially on 5 August 2021 after it was approved in court.

The deadline of claims was the end of February 2022.

Provident is now assessing the claims and has started contacting customers. See below for what you should do if your has been rejected or they have only upheld some loans apparently at random.

Which loans are covered by the Scheme?

In this article, I talk about “Provident loans” for short – but it also applies to loans from the other brands.

You can no longer make a Claim to the Scheme

The deadline to make claims was the end of February – it is now too late.

How refunds are calculated

Is your complaint upheld?

The first stage in getting a refund is for Provident to decide whether to uphold your complaint. The steps in doing this are

Keep an eye on your claim

Should you appeal a rejection or a poor offer?

You can only appeal because you think you had more loans or more of the loans listed should be upheld.

You cannot appeal because you think it is a disgrace or a mistake that the percentage payout will be so pathetically low. I am afraid this is what people agreed to when they voted for the Scheme.

So the first thing you should do is check that Provident actually had a complete list of your loans.

If you moved, or changed agents, or had a Satsuma account as well, or changed your name or email address… you may have more than one Provident account and they all need to be put together and assessed as one account.

If Provident has not sent you a list of your loans with the decision on your claim, you should ask them for it.

You want to know:

Email Informationrequests@provident.co.uk and explain that you need to know the dates of your Provident loans and the details before you can decide whether to appeal the decision.

When you have the list, does it look reasonable? You may not have a full list yourself, but you should be able to tell if they have missed off all your loans from before 2017 when you moved house… Tell Provident about this and give them enough information so they can track down your other account and look again at whether your claim should be upheld.

You are more likely to get a refund the more loans you had, so getting some more added may make a big difference.

If the list looks complete, have a think about whether the loans were unaffordable. If you only had a couple of small ones, you won’t win an appeal. But if there were several loans, or they were large, then it’s worth making an appeal.

How much will you be paid and when?

You will be paid a percentage of your total redress number, not all of it.

This percentage calculation can only be made after all the claims and appeals have been decided.

When the Scheme was voted on, many people thought they were being told that the payout would be 10%, or 10p in the £.

Based on the claims that we have received to date, we estimate that the pence in the pound rate of compensation to be paid to each customer will be between 4-6p.
This means on a claim for £100 in compensation, the customer will receive between £4 – £6.

Payments may be made in Summer 2022. The date depends a lot on how many claims are initially rejected and how many of them are then appealed.

In other schemes and Administrations, some people say getting rid of a default was the most important result for them. Not the small cash refund!

This clean up will be done at the end, when they can do everyone’s together. This is very annoying if you want to make a mortgage application, but there is nothing you can do to speed it up.

Loans that were sold to a debt collector

If your loan was sold to a debt collector, Provident will try to buy back the loan and settle it within the Scheme.

In the recent Money Shop Scheme, this was possible in most cases. There was only one difficult debt collector and I don’t think Provident used them.

In December Provident announced that it was no longer collecting any payments for existing loans.

Your credit record is being changed to show that the loan is partially settled or partially satisfied.

If you are a Provident or Satsuma customer, you should have been told about this by email or letter.

This does NOT apply if your loan was sold to Lowell or another debt collector. Only the loans still owed to Provident have been written off.

You can still get a cash refund for other loans: Is a credit card limit too high? 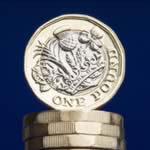