This is the story of one of the very early payday loan affordability complaints, made in September 2015.

Since then there have been literally tens of thousands of affordability complaints made. All the UK payday lenders have been receiving them. four years later, in October 2019, the cost of paying refunds on these affordability complaints had forced the “Big Three” lenders tp go out of business – Wonga, the Money Shop (and its online brand, Payday UK and Payday Express) and Quickquid.

I have kept this article as it is interesting to see how an early complaint went.

If you want to make a complaint now, start with How to ask for a payday loan refund. This has template letters and looks at all stages of a complaint, including whether to take it to the Ombudsman.

K took out a total of 56 payday loans from QuickQuid over a period of five years from 2009 to 2014. They were all repaid on time, but managing to repay one loan often involved using money that was soon going to be needed for K’s everyday living costs, so another loan was taken out.

Asking QuickQuid for a refund

K read my article on Payday loans – how to get a refund . That looks at asking for compensation for unaffordable payday loans, even if you have managed to repay them on time – he decided to try.

In mid-September 2015 he emailed QuickQuid asking for details of the loans he took out and what affordability checks QQ had made. He provided some very rough details of his expenses – rent, utilities, travel etc which showed that he could not have repaid most of the loans he was given without borrowing more later.

He received a response with details of his loans and a standard, rather long, response which said what credit checks they did etc. This didn’t address the points which he had made and rejected his request for a refund.

Complain to the Financial Ombudsman

K then complained to the Financial Ombudsman that QuickQuid had made him loans which they should have known were unaffordable.

On 23 October he received a phone call from the Financial Ombudsman saying that they had worked out that all loans K had taken over £100 were unaffordable to him and that they were presenting this information to QQ. He then got an email confirming this.

On 28 October K received an email from the Ombudsman saying QQ (actually Casheuronet UK LLC, the name of their company) accepted all fault for loans over £100. K was asked by the Ombudsman if he would accept:

in full and final settlement of his claim, he agreed and the Ombudsman then passed his bank details to QuickQuid.

K is now watching his bank account “with eager eyes” as he puts it, hoping to get over £2,000 back.

On 19 November K received £3,800 paid into his bank account by Quick Quid. All that 8% interest adds up!

K had a secure job, he wasn’t getting any income from benefits, he didn’t have any dependents and he repaid every loan on time. He must have looked like the perfect customer to a payday lender – but he should never have been given those loans!

If you are wondering if you might be able to claim, have a think about these points:

Every case is different, you can still have a valid complaint even if you didn’t take out loads of loans all with the same lender:

How to start making a complaint

Like K, you first need to complain to the payday lender and then if the lender rejects it, take your complaint to the Ombudsman. One Debt Camel reader has said

I would also like to add that anyone who is apprehensive about going to the Ombudsman – don’t be. They couldn’t have been nicer or more helpful.

Comments have been turned off for this page as it is very old. The best place to ask is on the main payday loan refund page. There are thousands of comments there from people who are going through this process – interesting reading! 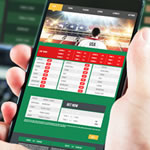