Administrators have started sending emails to everyone with an upheld claim telling them what they will be paid.

“The Joint Administrators are now in a position to declare a first and final dividend of 53.5p in the £”

The payout details are given in the email:

The administrators may decide to :
– remove any negative marks on your credit record
– delete all loans that were upheld
– delete all your loans.

I don’t know what they have chosen to do – if people can check and report in the comments when they see a change, that would be great.

How much your credit score will change will depend on whether there were any negative marks. If you want to get a mortgage, you would like as many payday loans gone as possible, even if they were repaid on time and not hurting your credit score.

In a few months when the administrators no longer talk to the CRAs you can ask for any remaining loans to be “suppressed” so other lenders can’t see them. See https://debtcamel.co.uk/correct-credit-records-lender-administration/ but it is too soon to do that now. Still owe a balance on a QuickQuid or On Stride loan? 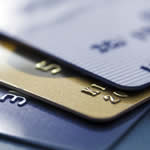